(Washington, DC) – Judicial Watch, the government watchdog group, today announced that President Donald J. Trump, the 45th President of the United States, will make a keynote address to Judicial Watch’s Annual Roundtable at the Trump National Doral in Miami, FL, on the evening of Thursday, September 30.

“When it comes to exposing government corruption, President Trump has been the ‘Whistleblower-in-Chief,’ stated Tom Fitton, Judicial Watch President. “We are honored he will address Judicial Watch’s supporters about the rule of law crisis and unprecedented government abuse targeting him and other innocent Americans.”

Judicial Watch is a conservative, nonpartisan educational organization that promotes transparency, accountability and integrity in government, politics, and the law.

Judicial Watch is America’s largest and most effective government watchdog group and is the nation’s leading open records litigator. In recent years, Judicial Watch broke open Hillary Clinton’s email and Benghazi scandals. Judicial Watch uncovered much of what is publicly known about the illicit targeting and investigation of President Trump. Judicial Watch is also a national leader in the fight for clean elections and the enforcement of immigration law. Judicial Watch has also taken the lead in exposing Biden corruption and the facts behind the COVID pandemic.

The Judicial Watch Roundtable event is private and closed to the public. 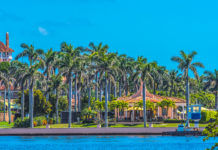