Conventional D.C. wisdom says Republicans are about to pay a heavy political price for supporting the Dobbs v. Jackson Women’s Health Organization decision that overturned Roe v. Wade. The prospects of a red wave election are deteriorating. An “invisible army of women” are flocking to register to vote. Dobbs has fired up Democrats. President Joe Biden’s fortunes, miserable only a few months ago, have suddenly turned around. The Economist says that cheering on Dobbs was “one of the worst political decisions of recent memory.”

Even if all of this were true, and I’m highly skeptical it is, “cheering on” the Dobbs decision was completely worth it. Just as cheering the overturning of Dred Scott v. Sanford or Schenck v. United States was worth it. Not everything is about short-term partisan gain.

You might also cheer because if someone had told you 10, or even five, years ago that Roe would be overturned, you wouldn’t have believed them. Roe has been treated as a sacred text for over 50 years, not only by the press but by most of our institutions. The “right” to terminate life for convenience’s sake had been irrecoverably tethered to feminism and progress. For millions, it probably remains the only SCOTUS decision they can name. And once the left procures a new “right,” it rarely relinquishes it. The prospect of there being six justices willing to uphold the Constitution in the face of this immense pressure was improbable, to say the least.

And, surely, once Roe was overturned, there would be a tumultuous political upheaval with a massive price tag? Even if we accept everything we’re hearing about the political fallout over Dobbs, the blowback is quite underwhelming. If a two-point swing in the presidential approval rating during a midterm election is the price for overturning Roe, then it was maybe the greatest bargain in history.

Just because Dobbs was “worth” celebrating doesn’t mean Republicans shouldn’t have been better prepared for the probable outcome. It always amazes me how timid and ineffective Republicans are at making the pro-life case, which makes me suspect many of them are unhappy that pro-life legislation is no longer just a theoretical proposition.

Full bans, without exemptions in cases of rape and incest — even if it is morally consistent — are probably never going to be popular nationally. But most Republican-run states allow for some level of first-trimester abortions, a position more in line with the mainstream than the Democrats’ maximalist position on abortion on demand, for any reason, until birth, funded by the taxpayers.

Few on the left, of course, need to worry about the consequences of their radical position because they are almost never asked to defend it. But, if, say, Gov. Ron DeSantis is the presidential nominee in 2024, he will be defending Florida’s 15-week ban against Biden’s NARAL-endorsed extremism. I’m not sure that works out exactly how Democrats imagine.

Democrats have been fooling themselves with faulty and push polling for years. Even if we conceded the tepid swing in national momentum toward Democrats is real, it could be attributable to any number of issues, including an easing of high gas prices. Yet I keep reading stories about how abortion has put Republican control of the Senate in jeopardy.

The GOP may or may not win back the Senate — I’m no prognosticator — but which specific Senate race has turned on Dobbs? In Pennsylvania, where even the Democratic Party’s existing senator still pretends to be pro-life, polls show Dr. Mehmet Oz tightening the race against John Fetterman. Herschel Walker seems to be gaining on Raphael Warnock. As is Adam Laxalt on Cortez Masto.

The evidence that Dobbs has been a critical factor in undermining Republican fortunes is unconvincing in other areas as well. A Reuters/Ipsos poll finds that only 8% of Democrats view “the end of national abortion rights” as their most important issue. Most other polling comes to similar conclusions. Were any of these people going to vote for Republicans to begin with? Conservative enthusiasm remains high. Historically, midterms during the first term of a new president are tough on any administration. Despite the White House’s risible contention that the economy is humming, few people buy it. A new Marist poll finds that 62% of Americans believe we’re in a recession. The economy is, by far, the top concern of voters.

After decades of indoctrination on abortion “rights,” it’s also almost surely the case that a majority of Americans was under the impression that overturning Roe would mean a national ban on abortion. One recent poll found that 52% of registered Democrats still believe the Supreme Court outlawed abortions in the United States. The realization that this isn’t so may also temper any outrage over Dobbs. Then again, even if it didn’t, it would be worth it. 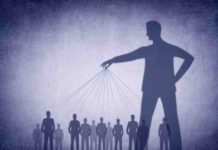